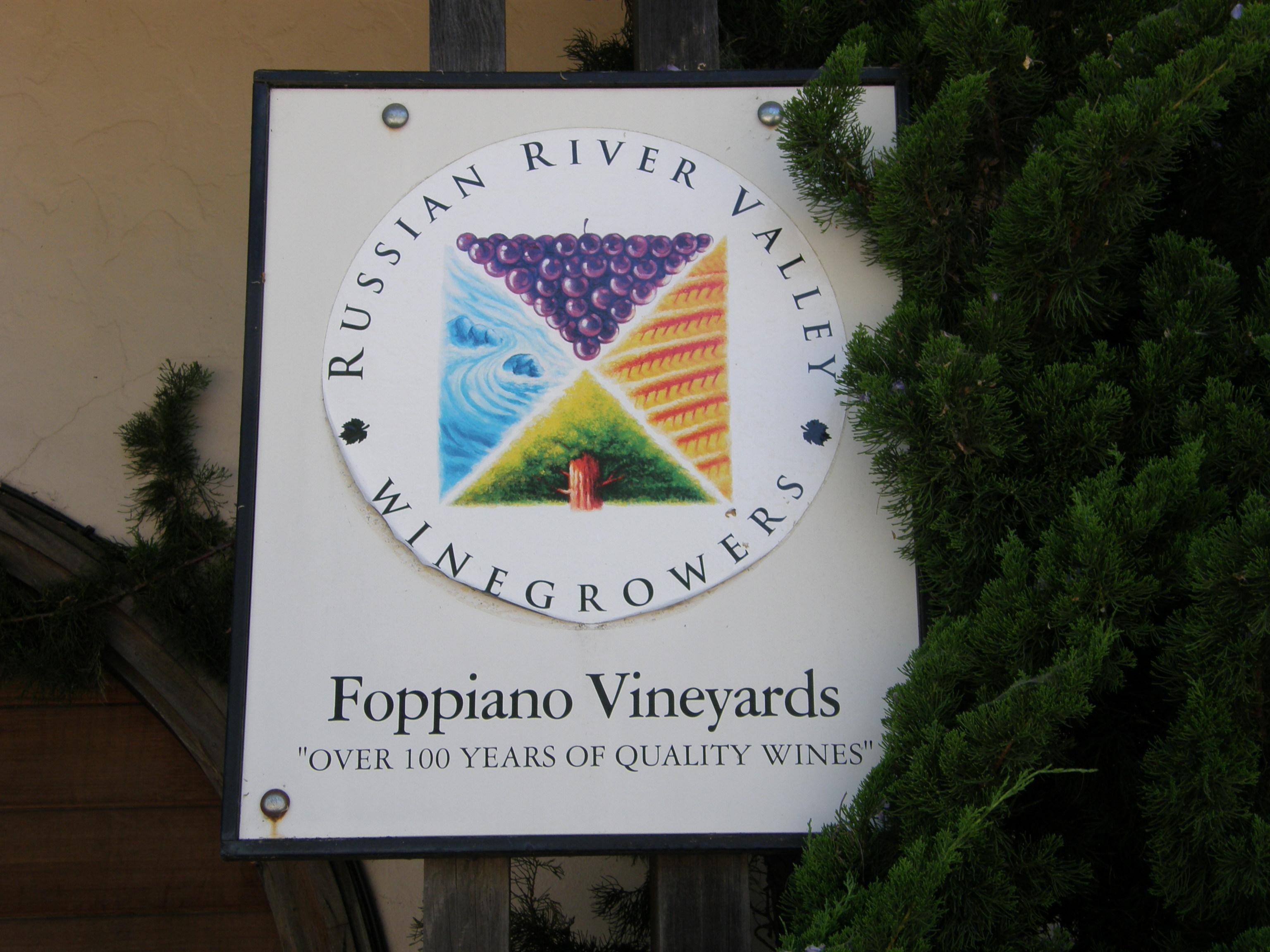 A young emigrant from Genoa, Italy, Giovanni Foppiano, founded Foppiano Vineyards. He had come to the United States from Genoa, Italy in the 1850s looking for gold. After the Gold Rush, he settled in Healdsburg in Sonoma County and bought the Riverside Farm Winery, establishing it as Foppiano Vineyards in 1896. After Prohibition, Giovanni's son Louis A. joined the family business, producing and selling Foppiano wines. His son, Louis J. Foppiano, born in 1910, rebuilt the winery in 1937, making it one of the first Sonoma County wineries to bottle wine under its own label. Louis J.'s son and current owner, Louis M. Foppiano, moved the winery away from jug wine to varietals such as Pinot Noir, Cabernet Sauvignon and Petite Sirah in the 1960s, now looks over Sonoma County's oldest continually owned family winery. Grapes have grown on the Foppiano's plot of land for more than one hundred years.

Louis J. Foppiano was one of Sonoma County's winemaking patriarchs and passed away in March, 2012 at the age of 101. He was born on the very farm where he lived and worked his entire life. He was a founding member of the Sonoma County Wine Growers Association in 1946 and he was its first president. He was also a founding member of the Wine Institute, where he remained a director for 45 years.

The aging winery reeks of history and the winery's historical caboose serves as an office. Foppiano Vineyards sits on 170 acres of Russian River bench land, of which 140 acres are planted to vineyards.

The family business was not exempt from Prohibition. In 1926 federal agents emptied the family's 1918 vintage into a local stream by cutting the tank valves and releasing some 140,000 gallons of wine into the winery's creek. People came from miles around with cups and jugs hoping to get a sample of the Foppiano wine. Foppiano Vineyards survived Prohbition by planting other crops such as prunes, apples and pears, and by taking advantage of a small loophole in the laws, which allowed grape growers to sell and ship grapes to home winemakers.

The winery is most known for its Petite Sirah, but it produces a very respectable Russian River Estate Pinot Noir. The winemaker, Natalie West, joined the winery in 2008 and modernization of the winery ensued. She works closely with vineyard manager Paul Foppiano.

The tasting room at 12707 Old Redwood Hwy in Healdsburg is open daily from 10:00 AM to 4:30 PM. A self-guided tour of the estate is offered and there is still no charge for tasting.

14.9% alc., pH 3.77, 800 cases, $25. The grapes were de-stemmed and fermented in five ton open top fermentation tanks. Cold soak lasted 5 days. Aged 14 months in 30% new and 70% neutral French oak barrels. · Lovely scent of Bing cherries, strawberries, baking spices and sandalwood. On the palate, finesse is emphasized over fruit heaviness. Bright and tasty red cherry and ripe strawberry fruit flavors have a subtle confected tone with hints of red licorice and vanilla. The alcohol gives the wine a welcoming richness and is perfectly integrated. Gossamer tannins create an Elvis on velvet texture. Still drank fine the next day from an opened and re-corked bottle. An impressive example of a warmer weather Pinot that hits all the high notes at the right price. Reviewed July 15, 2010 ARTICLE »

14.9% alc., $25. From a warm site at the northern extreme of the Middle Reach. · Strikingly potent aromas of slightly confected cherries. Rich, ripe cherry flavor with hints of spice, cola and dark chocolate. Generous, mouth coating tannins match the husky fruit beautifully. Very smoothly textured, showing a touch of warmth on the finish. Part of the charm of this wine is alcohol-driven and the wine veers a little too far to the ripe side for purists, but it is still an enticing wine that honestly reflects its warm site origins. A great value. Very good. Reviewed November 24, 2010 ARTICLE »