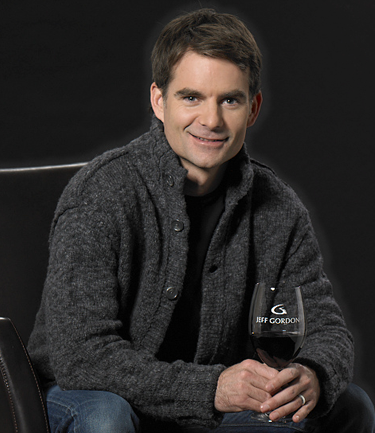 Gordon grew up in Vallejo, California, and driving through Napa Valley was always curious about the vineyards. In the mid-1990s, he won a championship, and went out to a very nice restaurant where he encountered a wine list for the first time. He ordered a white Burgundy from Joseph Drouhin and loved the wine. That experience got him into drinking wine.

The winemakers are noted veteran August "Joe" Briggs (formerly of August Briggs Winery) and his nephew Jesse Inman. Gordon tastes the wines at different stages of development and gives his feedback.

The wines are sold through the winery's online store.

14.5% alc., pH 3.62, TA 0.59, 196 cases, $52. Released June 15, 2015. Sourced from Dutton-Lorenzo Vineyard in the Green Valley of Russian River Valley. Aged 9 months in 100% French oak barrels, 35% new. · Moderately light cherry red color in the glass. This is a very appealing wine that reflects its cool climate Green Valley origins. Highly fragrant scent of red cherries, spice and sandalwood that holds up over time in the glass. Elegant and refined, with pleasing flavors of cherry and cranberry touched by tobacco oak. Soft in the mouth with suave tannins and balanced acidity. Do I dare say, âracy?â Score: 91. Reviewed June 14, 2015 ARTICLE »