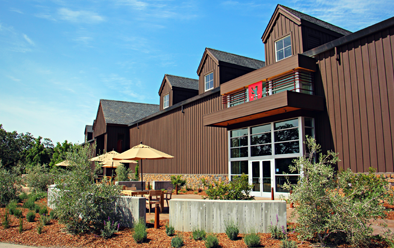 A family owned winery launched with the 2000 vintage specializing in Cabernet Sauvignon from the Alexander Valley AVA. The wines are produced and aged at the parent winery, Lancaster Estate. An Estate Pinot Noir is produced from the Sonoma Coast.

The winemaker is Leslie Renaud who started her enology career at Ironstone Vineyards in Calaveras County. She went on to work at Clos du Bois, Sonoma Creek, Hans Fahden, Bonny doon, Talley Vineyards and Lincourt Winery. She went on to assume winemaking responsibilities for Foley Vineyards and Two Sisters. In 2014, she became the consulting winemaker for The Four Graces in Dundee, Oregon. In 2015, she left the Central Coast and assumed winemaking responsibilities at Roth Estate. She has been on the board of directors of the World of Pinot Noir event since 2007 and president of the organization in 2010, 2011, 2015 and 2016.

The wines are sold through the website. The winery is located on 123 planted acres across the street from Chalk Hill Estate Winery. A tasting room opened in June 2014 at the winery on Chalk Hill Road in Healdsburg and new caves opened in July 2015. Annual case production is 42,000 cases.

14.5% alc., 4,310 cases, pH 3.88, TA 0.564, $28. Aged on the lees for 11 months in French and American oak barrels , 30% new. · Moderately dark garnet color in the glass. The nose opens slowly in the glass to reveal aromas of black cherry, oak spice and toasted almond. Forward drinking mid weight flavors of purple and black fruits and a touch of spice framed by gentle tannins. Oak plies the background, the mouthfeel is genteel and the finish modest. Nothing stands out, but there is little to complain about especially at this price. Score: 89. Reviewed December 3, 2017 ARTICLE »

14.4% alc., pH 3.57, TA 0.632, $28. Winner of the 2013 Pigs & Pinot Pinot Cup. · Medium reddish-purple color in the glass. Enjoyable aromas of black cherry, black raspberry and spice cabinet. Light in weight with gentle flavors of dark cherries and berries and a hint of citrus peel on the finish. A little smoky oak plays in the background. The tannins are silky and there is some finishing presence. Smooth, with plenty of finesse, this is a pleasant but not exceptional wine. Good (+). Reviewed June 23, 2013 ARTICLE »