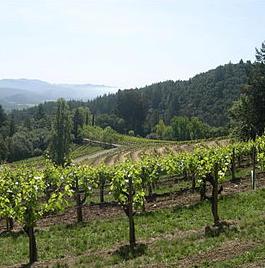 Fred and Eleanor McCrea were looking for a summer retreat in 1943 when they found a 160-acre homestead near St. Helena. They weren't farmers but many of their neighbors were knowledgeable. They did not initially plan to grow grapes and make wine, but they developed vintner connections and took winemaking classes at UC Davis. They knew their site at the base of Spring Mountain as ideal for red grapes, but they chose whites instead. Their winegrowing success was mostly a result of blind luck. Every year, starting in 1947, they planted an acre or two of Chardonnay and Riesling.

Stony Hill's vineyard was located at 600' to 1,200' elevation overlooking the Napa Valley. The existing Chardonnay vines were eventually replanted through a process of in-house selection by Mike Chelini, who presided over Stony Hill's winemaking and vineyard management since taking over from founder McCrea in 1973.

Stony Hill's first Chardonnay grapes were harvested in 1950, and the first release of 100 cases came two years later. No one at the time was employing barrel aging for Chardonnay so their product was unique.

Stony Hill does not produce "unoaked" Chardonnay. They ferment in 60- and 130-gallon French oak barrels. They never throw the barrels out, preferring to use them over and over again until their staves can no longer hold together. The Chardonnays do not undergo malolactic fermentation.

Stony Hill's combination of quality and cult aura catapulted it to fame, making it Napa's first cult wine. It also created the template for direct-to-consumer sales. The winery became so popular at one point, it took years to make the mailing list. Customers drove their cars to the winery to pick up their $4-a-bottle allocation of Chardonnay.

In September 2017, the McCreas sold their winery to the Hall family of Long Meadow Ranch.

Tours and tasting are offered by appointment.

13.0% alc., $48. I cut my Chardonnay teeth many years ago on Stony Hill and still cherish the wine today. This family-owned winery dates back over 65 years and their Chardonnay remains one of the most age-worthy wines produced in the USA. The old vines are dry farmed. No malolactic fermentation, aged in neutral French oak barrels. · Moderate golden yellow color in the glass. Intoxicating perfume of lemon, pineapple and other tropical fruits and a hint of welcome oak. Very polished and seamless on the palate with a discrete amount of citrus, pear, applesauce, apricot spice, vanilla and almond paste flavors embellished with a desirable mineralogy note. The finish is slightly tart and citrus driven, cleansing the palate and urging a second sip. A California treasure that is unique in its own way and fits like a glove. Score: 94. Reviewed March 17, 2018 ARTICLE » 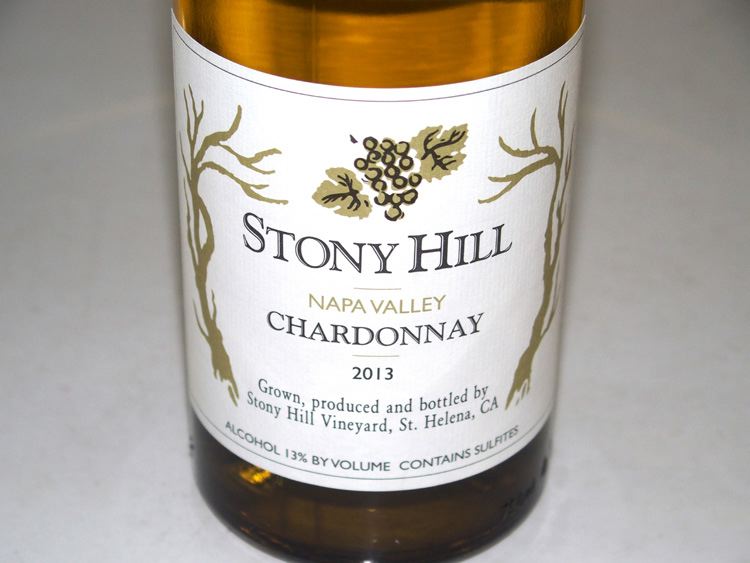 13.0% alc., pH 3.30, TA 0.69, RS 0.25, 1,852 cases, $45.This wine comes from one of Napa Valleyâs most iconic wineries that has farmed Chardonnay since 1947. It is grown, produced and bottled 600 feet above the floor of the Napa Valley. Vines are 22 to 31 years old. Aged 10 months in neutral French oak barrels. A non-oaky, non-malolactic style Chardonnay. · Light golden yellow color and clear in the glass. Plenty to like in this complex wine including clean aromas of green apple, lemon, peach, yellow cake, nuts, poppyseed and crushed chalk, and vivid fruit flavors of lemon, pineapple, and peach framed by refreshing acidity. Silky smooth on the palate with impeccable balance, featuring a grip of âstonyâ acidity on the uplifting finish. This is Chardonnay in its purest form, not gussied up with oak. Score: 94. Reviewed March 12, 2016 ARTICLE »