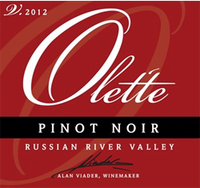 According to Coastal Miwok mythology, Coyote "Olet'te" was thought of as the creator and supreme Chief forming the Petaluma Gap from the Sea and its first known inhabitants.

The winemaker is Alan Viader who grew up in the Napa Valley, working in the hillside vineyards and cellar at Viader. He has worked under several prominent winemakers including Tony Soter, Charles Hendricks, and Michel Rolland. In 2005, he became Director of Operations at Viader.