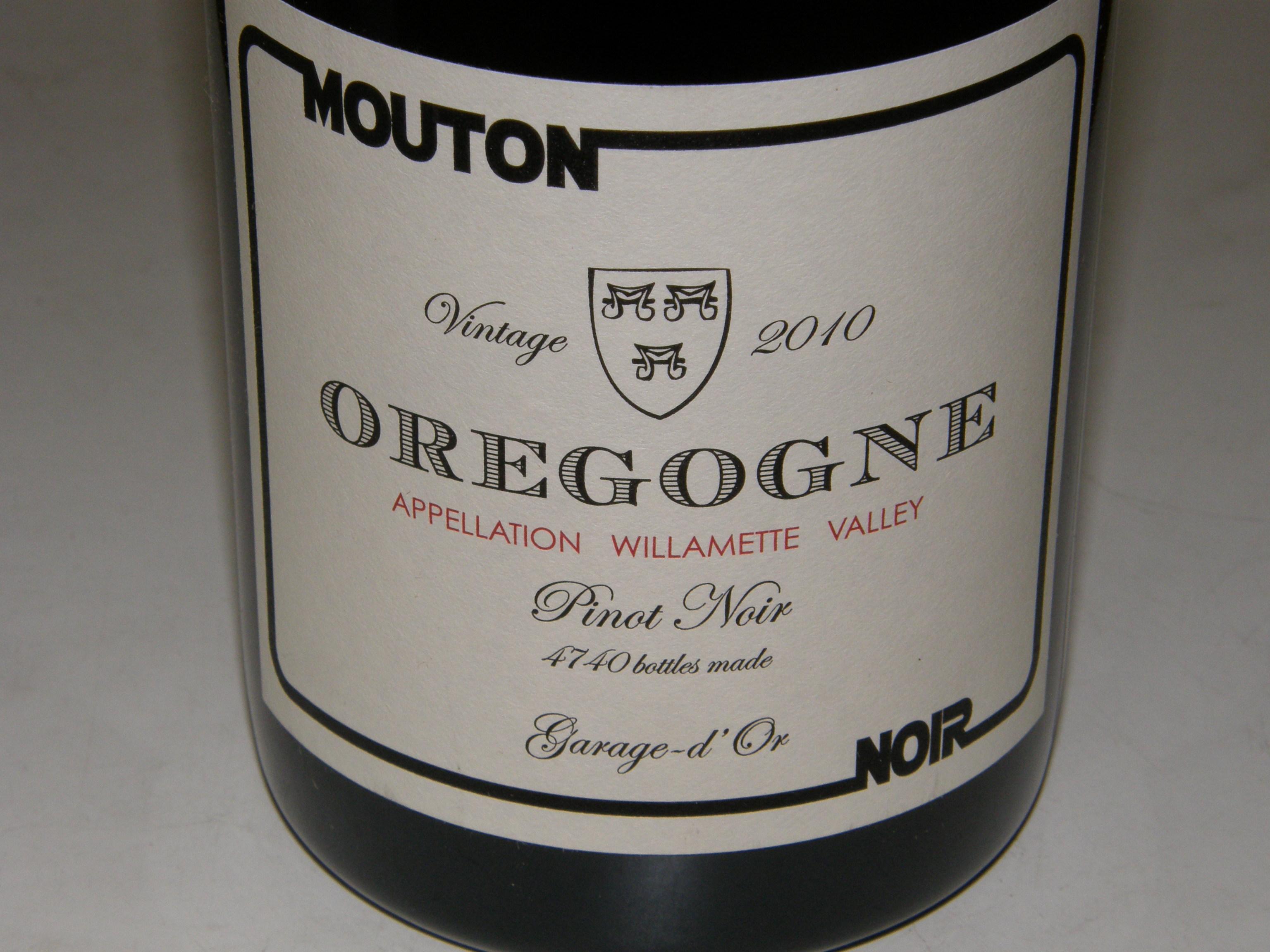 Founded by sommelier André Hueston Mack in 2007, Mouton Noir is a two-fold project producing a line of t-shirts and Oregon wines. The wines are described as unique and distinctive garage wines, initially created for some of New York's best restaurants for whom Mack was a sommelier and now available nationwide. Mouton Noir apparel is inspired by skateboarding, punk and hip-hop cultures.

Mack was awarded the prestigious title of "Best Young Sommelier in America" by Chaine des Rotisseurs. This got him a job as sommelier at The French Laundry restaurant and later the head sommelier position at Keller's Per Se restaurant in New York City. Over the years, he has developed relationships with well-known winegrowers and winemakers and it is with this prestigious group that he currently creates his wines. Notable vineyard sources include Thistle, Guadalupe, Elvenglade, Hyland, Zena Crown and Roserock, all in the Willamette Valley.

The wines offer clever, appropriately irreverent names and cheeky matching slogans. Wines offered include "Knock on Wood" (unoaked Willamette Valley Chardonnay), "Love Drunk" (Rosé), "Oregogne" (Willamette Valley Pinot Noir and Chardonnay) and O.P.P. - Other People's Pinot (Pinot Noir). O.P.P. references a certain popular rap song that references certain sexual practices, but Mack is just having fun with a play on words.The wines are priced less than $20 and are sold on the winery's website. Touted as "Kick-Ass Garage Wines from Oregogne." The project has expanded from 380 cases with the 2008 release to 20,000 at the end of 2012.

13.8% alc., $15.99, screwcap. · Moderately light reddish purple color in the glass. The nose offers a blend of cherry, rose, dried herbs and oak aromas. Light in weight and easy to drink, with flavors of red cherry and berry with a noticeable infusion of toasty oak. A simple, straightforward, and delicate Pinot Noir. Score: 86. Reviewed April 2, 2016 ARTICLE »

13.1% alc., pH 3.75, TA 0.59, RS 0.63, $19.99. Released October 20, 2014. 7-day cold soak, additional 18 days of skin contact. Fermented in stainless steel and aged 10 months in 100% French oak barrels, 30% new. · Moderately light reddish purple color in the glass. The nose leads with aromas of cherry, raspberry and underbrush, with a touch of honeysuckle showing up over time. Red berry and cherry flavors are featured in a lighter weight wine with subtle notes of oak and dried herbs in the background. The fruit is wrapped in mellow tannins and spirited by tight acidity. A solid daily drinker. Score: 88. Reviewed May 14, 2015 ARTICLE »

13.4% alc., 396 cases, $44. Love the play on words and the label which reminds of that famous domaine in Burgundy. · Medium reddish-purple color in the glass. Nicely perfumed with aromas of red cherries, sandalwood and baking spices. Tasty core of dark red cherry and dark strawberry fruits with an underlying streak of tarry oak. Soft, silky, and easy to drink, with some fine-grain tannins and a fruit-filled finish. Score: 88. Reviewed September 5, 2013 ARTICLE »