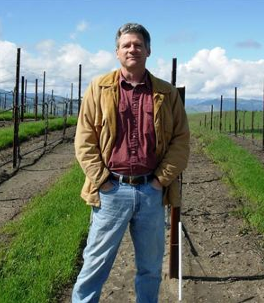 The name Cambiata, is the added tonal dimension that occurs when two chords momentarily share properties, so that the transition has greater depth and maleficence.

The winery offers limited quantities of Pinot Noir and Chardonnay from the Santa Lucia Highlands and other cool sites in Monterey County, as well as unusual varietals including Albarino, Tannat and Dornfelder. Annual production is under 1,500 cases.