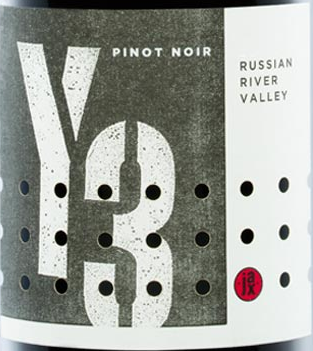 David Jackson bought a 28-year-old vineyard in northern Calistoga in 1996. Shortly after he acquired the vineyard, his entrepreneurial son, Trent, bottled and produced his first vintage in his San Francisco garage. Trent immediately enlisted winemaker Kirk Venge to take over. By the late 1990s, Trent's wines attracted a following but he was working full time in technology. In 2002, he turned to his sister Kimberly, a newly minted MBA, who restructure the business, re-brand the wine and place it in top restaurants in the San Francisco Bay Area.

By 2006, Kimberly realized it was time to branch out into different varietals beyond Cabernet Sauvignon. The new portfolio was named JAX 'Y3'. The team continues to work with winemaker Kirk Venge. The Y3 symbol was the cattle symbol used on the grandparents cattle ranch. The winery's latest CEO is Dan Parrot, a Pinot Noir enthusiast.

Today, the wines are distributed in 16 states including Canada and production averages 9,500 cases per year. Sauvignon Blanc, Chardonnay, Taureau (a red blend) and a Russian River Valley Pinot Noir are offered under the Y3 label.