This is a new Pinot Noir project started in 2011 that is a spin-off from Kistler Vineyards by winemaker Steve Kistler. Steve remains CEO of Kistler Vineyards, but he was looking for a small project of his own that he could pass on to his daughters.

Kistler gravitated to this rural outpost after making Pinot Noir from two nearby vineyards, Hirsch and Camp Meeting Ridge. In 1999, he bought 20 acres in Occidental, and later acquiring more parcels to bring the total to 85 acres of vines providing grapes for the three bottlings.

Kistler built a new winery just east of the town of Bodega on a ridge top next to the Bodega Headlands Vineyard. 20 acres of Pinot Noir (Calera clone) are planted in the SWK Vineyard and another 60 acres are in development.

The Occidental Pinot Noirs initially were marketed through the Kistler mailing list, but Occidental will become an independent winery focused solely on Pinot Noir with a 7,500 case production. A tasting room is opening on the winery property. 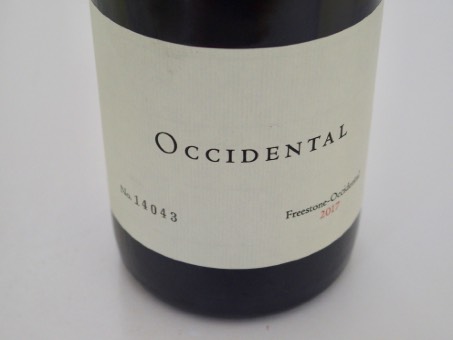 14.1% alc., $65. Steve Kistler departed Kistler Vineyards as winemaker to concentrate on growing and crafting Pinot Noir from West Sonoma Coast vineyards extending to Bodega Headlands, almost a rockâs throw from the Pacific Ocean. Steve started his label in 2011, hoping to have a project he could pass on to his daughters. The 20-acres of land for the vineyards was acquired in 1999, later adding more parcels to bring the total to 85 acres. The vineyards for the Occidental Wines label were planted in the early 2000s with a Calera selection and field selections from Vosne RomanÃ©e that Kistler acquired in the early 1990s and propagated. The four vineyards in 2020 were: Bodega Headlands, Running Fence, SWK and Occidental Station. Kistler built a winery east of the town of Bodega on a ridge next to the Bodega Headlands Vineyard. The wines were initially marketed through the Kistler mailing list, but now the winery is independent and focusing solely on Pinot Noir. For the 2017 vintage, there are four single-vineyard Pinot Noirs offered. The wines feature native primary and malolactic fermentation, and free-run juice only. The wines are aged in Francois FrÃ¨res oak barrels and bottled unfined and unfiltered. This wine is a blend of fruit from the estate vineyards and is essentially an appellation wine. 20-30% whole clusters. Aged in 25% new French oak. · A sophisticated offering that rivals the single-vineyard wines produced in this vintage. Medium-plus in weight with an array of enticing dark red and purple fruits on the nose and palate. Beautifully composed of fruit, acid and tannin all in complimentary balance and finishing with lingering purple fruit goodness. Noticeably better with improved oak integration when tasted the following day from a previously opened and re-corked bottle. Score range 93-94. Note: I was never enamoured with Kistler Vineyard Pinot Noirs as they were too ripe and rich for my palate, more in tune with the palate of Robert Parker who in essence has been the only critic to review Kistlerâs wines over the years. I am much more intrigued with this Occidental wine which that is not as lavishly fruited but more refined and I consider more age-worthy. Occidental wines are sold through a mailing list. Members of the mailing list can visit by the winery and modern tasting room located at the estate by appointment. Score: 93-94. Reviewed February 17, 2020 ARTICLE »

14.1% alc., $65. · Moderately dark garnet color in the glass. Perfume of black cherry, rose petal, toast and aromatic cigar. Opulent core of black cherry and purple grape flavors with modest oak in the background. Remarkable intensity with an explosion of fruit and lasting fireworks. The satin texture and lengthy finish set this wine apart. I would prefer less oak enhancement, but otherwise, this is a delightful wine. Score: 92. Reviewed April 15, 2018 ARTICLE » 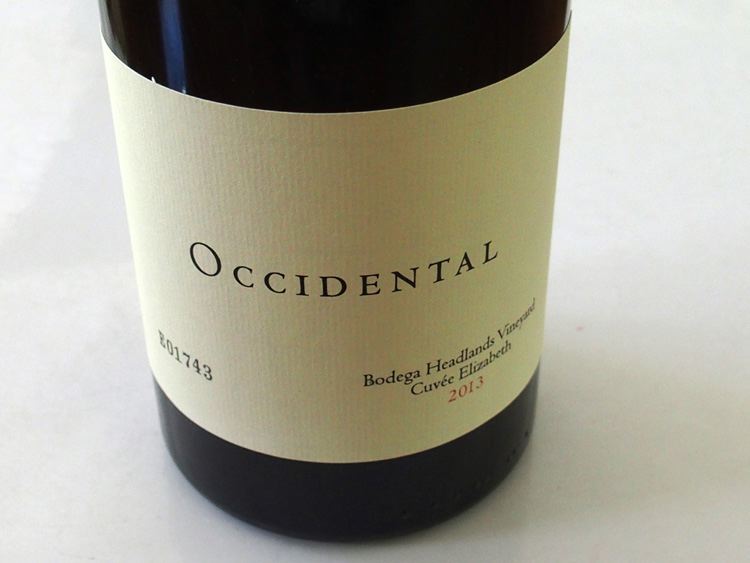 14.1% alc., $160. Steve Kistler, co-founder and winemaker of Kistler Vineyards for 37 years, established a new Pinot Noir label called âOccidentalâ owned and operated by the Kistler family. The project is dedicated to producing Pinot Noir from the Freestone-Occidental area. A modern winery has been built on a ridge top adjacent Bodega Headlands Vineyard capable of producing 7,500 cases of Pinot Noir annually. This wine is one of four released in the spring 2016. · Moderate reddish purple color in the glass. Engaging nose that picks up interest over time in the glass, offering scents of black cherry, sous bois, baking spices and sweet oak. Modest in weight, with a core of dark red cherry and raspberry fruit flavors, with a slight earthy underpinning, and a proper infusion of oak highlights. The tannins are nicely integrated, and the cleansing finish has spectacular length with endless waves of cherry goodness. Still outstanding the following day from a previously opened and re-corked bottle. Score: 94. Reviewed June 18, 2016 ARTICLE »