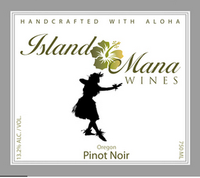 A coastal winery located in the town of Manzanita, nestled in the shadow of Neahkahnie Mountain, about an hour west of Portland and 15 minutes south of Cannon Beach. The winery opened at the end of summer, 2015.

Owner and winemaker is Mark Proden. He attended Chemeteka Community College's Northwest Wine Studies program in Salem. He founded Bodhichitta Winery while attending school, producing very small batches of wine in Salem. He also worked crush at Erath as well as tasting rooms at Cubanismo and Orahcard Heights in the Salem area.

In 2013, he open The Portland Wine Bar which carries his wines and other boutique wines from Oregon and Washington. His production facility in Salem was being sold, so he sought another location and found a property in Manzanita where he has a tasting room, a production facility, and a vacation rental, partially financed through Kickstarter.

Food is served along with the wines, including Willamette Valley Pinot Noir and Pinot Gris, in the tasting room. Production will be about 2,000 cases, with wines produced in small batches. The wines are sold online.