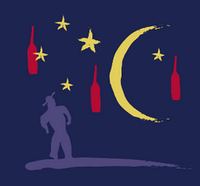 Ray Walsh, a native New Zealander who grew up in Auckland, got the bug to make wine after a trip to Europe at age twenty. He obtained his enology degree in New Zealand and worked at a number of wineries including Limeburner Bay, Villa Maria, Waitakere, and Cooper’s Creek. He made the move to the United States in 1993, signing on as cellar master with the newly built King Estate Winery located just southwest of Eugene, Oregon.

By 1999, he had become the head winemaker and eventually was shouldered with additional executive duties and the task of producing 50,000 cases of wine each year. He longed to return to his more personal winemaking roots and left King Estate in 2005 to found his own label, Capitello, also in Eugene. He still travels to New Zealand each spring to work harvest and craft wines from that country.

Capitello is taken from Italian meaning capital or shrine. He likes to say he learned winegrowing in New Zealand and winemaking in Oregon.

Ray rents space from Territorial Vineyards and Wine Company in Eugene and sources fruit from several vineyards. He was one of the first Oregon winemakers to utilize a reverse osmosis system to reduce alcohol in his wines when needed.

Pinot Noir is offered from both Oregon and Marlborough, New Zealand. There is also a Pinot Gris of great interest (King Estate has always produced one of the best examples in Oregon), a sparkling wine, a dessert wine from Gewürztraminer labeled Dolcino, and a Marlborough Sauvignon Blanc.

The Eugene tasting room at 540 Charnelton Street is open Wednesday-Saturday.

13.5% alc., $34. Crafted by Ray Walsh, a New Zealander who formerly was the winemaker at King Estate in Oregon. He makes his wine in rented space at Territorial Vineyards & Wine Company in Eugene. The wine comes from several vineyard sources. · Stylish scents of ripe dark fruits, barnyard, earth and smoke. The cherry and raspberry flavors are long and tasty if a bit flat with mild drying tannins and a hint of citrus on the back end. Reviewed September 15, 2008 ARTICLE »

13.5% alc., $35. · Deep violet in color. Oak-tinged cherry pie nose with luscious dark cherry flavors. Clean and sleek, it cascades over the tongue like Mobil 1. A deft touch of oak flows throughout. I could chug this one. Reviewed August 13, 2007 ARTICLE »