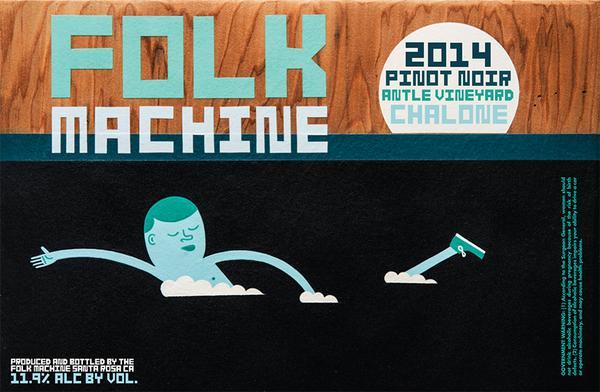 Hobo Wine Co. founder Kenny Likitprakong first delved into microbrews after moving from California to Idaho, then Wyoming, Utah, and ending up in Colorado. In 1995, he moved back to Lake Tahoe, still mostly drinking beer but began enjoying wine. The following year, he moved again to San Francisco where he took a year of study in the creative writing department at San Francisco State. Wanderlust carried him to Western and Eastern Europe where he did a lot of wine drinking. In 1996, he began studies at University of California at Davis in the Department of Viticulture and Enology.

While at school, he made his first barrel of wine in the basement of a rented house. He collaborated with Landon Dowlen on the label and this began a long collaboration between Landon's art and his wines. In 1999, he interned at Alderbrook in Dry Creek Valley studying Zinfandel and Pinot Noir. After graduation, he became a winemaker at Hallcrest Vineyards in the Santa Cruz Mountains, in 2002 started Banyan Wines and The Hobo Wine Company and traveled extensively the next couple of years.

In 2005, he returned to Russian River Valley and helped Rick Moshin complete construction of his winery, and also moved all production of Hobo and Banyan to Moshin Vineyards. He crushed the 2005 vintage as the new winemaker at Moshin Vineyards.

In 2006, he started the Folk Machine label as a tribute to Woody Guthrie and a way to unbrand himself and Planet Hobo to explore wines from outside the United States.

He started importing wines from France in 2007 for Planet Hobo. In 2008, a new series for Folk Machine was released and the Central Coast Pinot Noir went on to be one of the Folk Machine's best selling wines of all time.

In the years to follow, he released multiple varietals including Pinot Noir under the Folk Machine and Hobo labels from sourced grapes (he owns no vineyards or even a winery for that matter).

The name Hobo is a tribute to a freedom and an era that he grew up romanticizing and spent a lot of his early years chasing the ways of the American hobo. Other labels now include Camp, Banyan, Make Work Wine Co. and Folk Machine. Folk Machine was created primarily to be a home for Pinot Noir, but now includes also a more esoteric line of wines.

Tasting is by appointment in Santa Rosa at Hobo Wine Company. The wines are sold through the winery's online store.