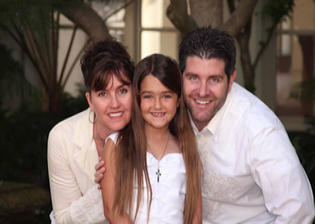 The family behind Brookside Winery has been making wine in California for more than 180 years.

In 1832, a Frenchman, Theophile Vaché immigrated to the United States and established one of the first vineyards and winery in the vineyard district of San Benito. His three nephews joined him on this adventure and they founded a wholesale importing business of fine wine and spirits in downtown Los Angeles, calling themselves "Vaché Freres."

Other family members came on board and acquired vineyards in the Cucamonga district and grew Brookside Vineyard Company to become one of the largest wineries in the United States. Brookside opened 36 retail stores in California, Arizona and Illinois from 1968 to 1974. Beatrice Foods bought the company in 1972 but ten years later sold Brookside and all its vineyards and retail stores.

Now, thirty years after Brookside was sold, the legendary winery was reborn. Tim Bacino, the sixth generation of the Vaché family, his wife Susanné and their daughter Gabriella (the seventh generation - GEN7) are reestablishing the preeminence of California's "first family" of wine.

Multiple red and white varietals are produced under the Gen7 label including a Vintner's Reserve Pinot Noir that won a Double Gold at the 2016 San Francisco Chronicle Wine Competition. The wines are sold on the winery's website.