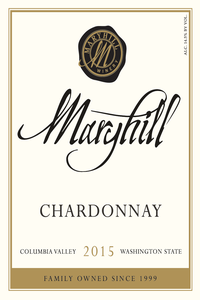 Established in 1999 by Craig and Vicki Leuthold with construction of a winery and tasting room opened in 2001. In 2012, a Reserve Tasting Room was completed.

The winery is a destination known for its landscape, summer concert series and bocce courts. It is one of Washington's largest and most-visited wineries, drawing more than 75,000 guests annually.

The winemaker is Richard Batchelor, who joined the winery in 2009. In 2013, he was named "Indy International Winemaker of the year" and has crafted a number of "Top 25" wines from Wine Spectator. He directs the production of a vast lineup of red and white wines (no Pinot Noir).

14.5% alc., pH 3.43, TA 0.613, RS 0.1%, 4,941 cases, $16. From a family-owned and operated winery and amphitheater perched on a bluff high above the Columbia River near Goldendale, Washington (90 minutes east of Portland, OR) at the southern tip of the Columbia Valley AVA. 80% Milbrandt Vineyards and 20% Tudor Hills Vineyard. Grapes whole cluster pressed on a Champagne cycle for gentleness. Juice partly fermented in stainless steel tanks with 20% French oak staves. · Moderate golden yellow color in the glass. Welcoming aromas of lemon curd, pear and persimmon, Very pleasurable in the mouth with a creamy texture and generous flavors of lemon, white nectarine and pear. Easy going, with a juicy finish. An astonishing value. Score: 90. Reviewed May 6, 2017 ARTICLE »