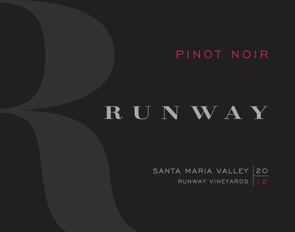 Abel Maldonado was a Santa Maria Valley farmer and politician whose daughter, Erika, encouraged him to plant wine grapes. Abel had emigrated as a Bracero from Jalisco in 1964. In 2008, they planted 15 acres of Pinot Noir, Chardonnay and Pinot Gris adjacent to Bien Nacido Vineyard and called the site Runway Vineyard.

The first vintage was 2011, which was Erika's last year at Cal Poly San Luis Obispo. She now produces 1,000 cases annually, while Abel and her 21-year-old brother, Nick, work the vines. About half the grapes are sold to other wineries including Au Bon Climat, Scar of the Sea and Liquid Farm.

Erika is the winery's winemaker along with assistant winemaker, Frank Arredondo, who also is of Mexican heritage.