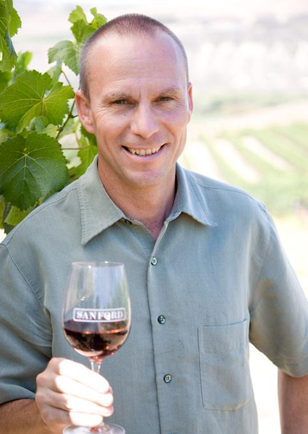 Sanford Sanford Winery was started in 1981 by Richard Sanford, but financial and corporate issues led him to leave the winery a few years ago. Sanford has chosen to expunge all mention of Richard on their website. The focus of Sanford, now owned by the Terlato Wine Group since 2002, still remains Pinot Noir and Chardonnay. Terlato invested in the winery and property including equipment upgrades.

The winery has 260 planted acres on distinct properties at Sanford. La Rinconada was planted in 1997 and Sanford & Benedict is the oldest vineyard in the AVA, planted in 1971.

Sanford opened a new tasting room at the La Rinconada Winery and Vineyard at 5010 Santa Rosa Road in Lompoc (open 11-5), and now also has a satellite tasting room in downtown Santa Barbara.

The winemaker and general manager since 2006 was Steve Fennell but Trey Fletcher became the winemaker in 2017.

This is a superb vineyard and Pinots I have had from Sanford & Benedict Vineyard and La Rinconada Vineyard have been outstanding and very age-worthy. 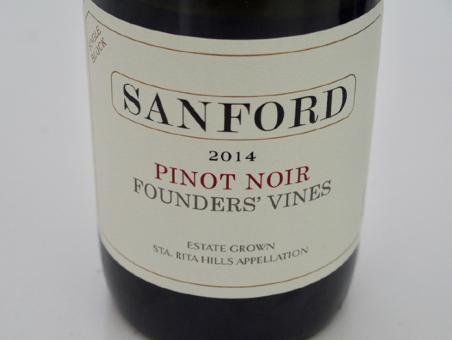 14.0% alc., $115. · Inviting nose that exudes wondrous aromas of cherry, raspberry and sous bois. Beautifully composed, with mid-weight flavors of fresh cherry, ripe strawberry and purple grape and some earthiness adding gravitas. Silky on the palate with a mere shadow of tannins at this stage stout acidity and a hint of welcome oak. The finish is grand befitting the maturity of these vines. Score: 94. Reviewed August 29, 2020 ARTICLE »

14.5% alc., $40. · Restrained scents of black cherries, smoke, minerals and a hint of alcohol. Plentiful, dirt-crusted cherry and black raspberry fruits embrace the palate. A peculiar chemical taste and a bit of bitterness on the finish ruin the experience. Disappointing considering the pedigree of this vineyard. Reviewed October 1, 2008 ARTICLE »

This is a superb vineyard and Pinots I have had from here have been outstanding and very age worthy. This wine is no exception. Fabulous aromatics of spice and bright ripe cherries, meaty flavors of toasty Pinot fruits highlighted with licorice, and a finish that leaves you asking for more. There is a certain pedigree to the fruit here (the vineyard is adjacent to Sanford & Benedict Vineyard) and this wine struts a certain charisma that is other worldly. Reviewed July 23, 2007 ARTICLE »