Black Ridge Vineyards is a new boutique winery in the Santa Cruz Mountains, three miles outside the town of Los Gatos off Highway 17. 21 acres of vineyards have been planted on the 80-acre estate which sits just above the Lexington Reservoir. The property has been through several transformations, beginning as a vineyard during the mid-1800s, then a prune tree farm during Prohibition, and later a Christmas tree farm.

Cheryl and Jim Landis along with Fred Faltersack, formed a partnership and purchased the property in 1999. With the re-planting of grapes in 2002, the land has come full-circle. Multiple varieties are farmed including Pinot Noir, Cabernet Sauvignon, Syrah, Cabernet Franc, Malbec, Merlot, Petit Verdot, Viognier, Chardonnay and Pinot Gris. Winegrower Ruben Balderas oversees the vineyards.

Director of Operations and co-winemaker along with Bill Brosseau, Ashley Dubois, informed me that their 2006 Pinot Noir, released March 1, 2008, is their second commercial wine. The winery plans to specialize in Pinot Noir, Viognier, and a “San Andreas Red” Bordeaux-style blend (the San Andreas fault runs through one of the upper vineyards). Planned production is 1,2000 cases annually.

Black Ridge Vineyards wines are sold through the website. The address is 18550 Black Road, Los Gatos and the phone is 408-399-6396. I have not visited, but this beautiful setting looks very appealing. One of the advantages of wine club membership is going to wine club events where Landis' extensive classic car collection is often on display.

14.7% alc., 198 cases, $39. · Very complex aromas of black cherries, kid glove, pine forest, green garden, grassland and oak char. Delicious and crunchy dark berry fruit set off by bright acidity. Deeply flavored but not weighty, with deft use of oak, and a finish that goes on and on. A Pinot loverâs cup of tea. Reviewed July 9, 2009 ARTICLE »

14.7% alc., 183 cases, $39. · Moderately deep ruby color. The aromatics are dominated by alcohol, but there are some nice black cherry and medicine cabinet notes. The spiced cherry core is enticing and the bright acidity creates a tangy finish. Definitely needs food. A respectable inaugural release for this new winery, but plenty of work lies ahead to bring this up to the standards of the California Big Dogs. Reviewed May 26, 2008 ARTICLE » 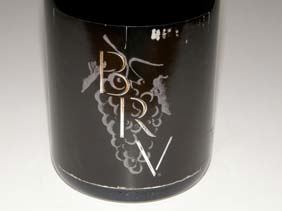 14.7% alc., $41. · Delicate aromas of cherries, oak, herbs and a hint of alcohol. Plenty of cherry and berry flavors to satisfy with a vein of oak and herbs running through. Admirable elegance with nicely balanced t nâ a. My wife raved about this wine. Reviewed March 15, 2009 ARTICLE »