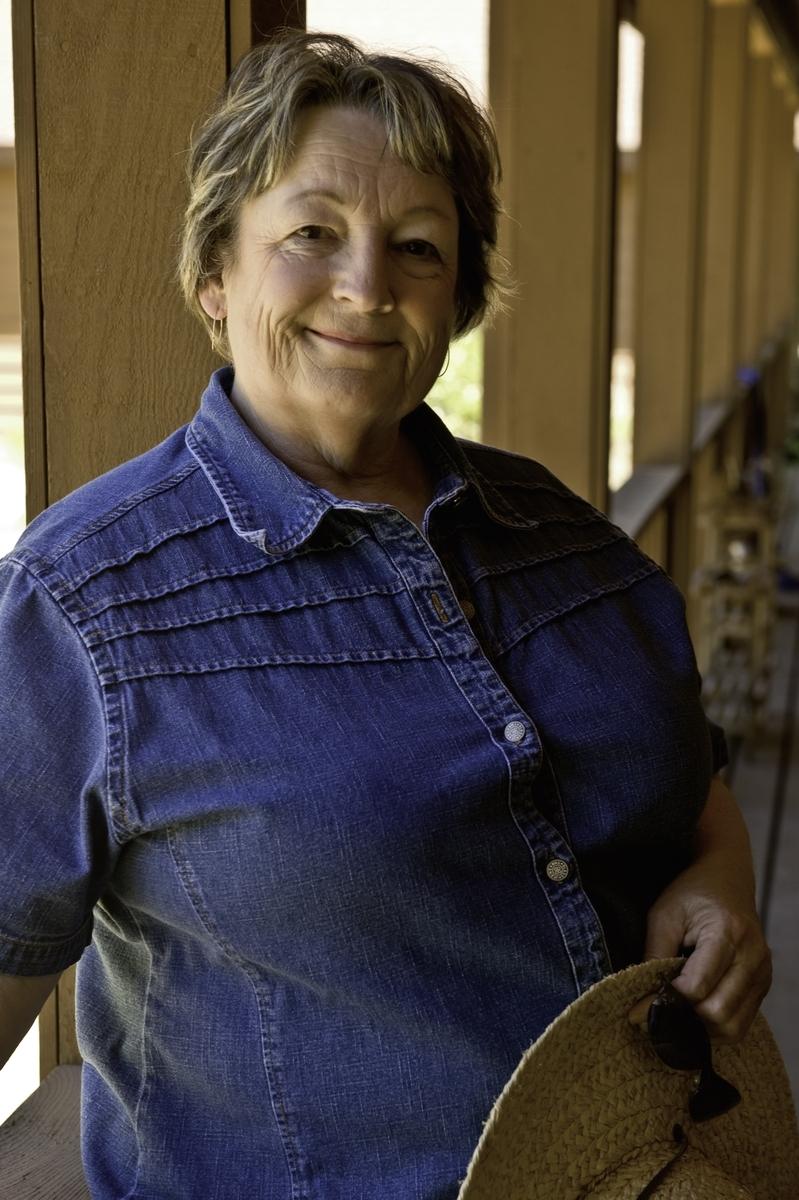 Keefer Ranch is located near the headwaters of Green Valley Creek in Sebastopol, with gently sloping, well-drained, south-facing exposure. Marcy Keefer, a nurse, and her husband Robert Keefer, a doctor who is now deceased, purchased the property in 1985. The vineyard was planted in 1988 on the site of a former apple orchard. It consists of 40 acres of Pinot Noir and 10 acres of Chardonnay. Part of the Green Valley sub appellation of the Russian River Valley (officially now named “Green Valley of Russian River Valley”), Keefer Ranch is planted on Goldridge Loam which drains well and is thus particularly valued for its suitability for growing Pinot Noir.

The Green Valley is defined by the fog and is usually the first place where the fog comes in through the Petaluma Gap, and the last place where the fog burns off, making it the coolest and foggiest part of the Russian River Valley. Many years ago the area was considered too cool for ripening Pinot Noir, but pioneering winegrower Warren Dutton’s early plantings (Chardonnay first planted in 1967) here proved otherwise.

Keefer Ranch is now farmed by Marcy Keefer and her son Craig Strehlow. The clones are a nice mixture of Dijon 114, 115, 777, Pommard 5, Mariafeld (23), Wädenswil (2A), Swan and Calera. For many years, Keefer Ranch Vineyard has supplied grapes to notable Pinot Noir specialists including most recently, A.P. Vin, Failla, Freeman, Kosta Browne, Loring Wine Co., Pali, and Siduri. Beginning in 2006, Marcy Keefer and Craig Strehlow launched their own Keefer Ranch label. They source from estate blocks planted to Swan selection and Pommard 5 until 2008 when they added Dijon 115 to the blend. Craig is handling the winemaking duties, and the inaugural release is quite impressive.

In 2010, phased replanting of the estate Chardonnay ended and 2 acres of Calera selection and 3 acres of Swan selection were planted. Some of the new Pinot Noir vines production will eventually go into the Keefer Ranch Estate Pinot Noir.

$42. Fourth vintage. Swan and Dijon 115. Aged 17 months in 40% new French oak barrels. · This wine really stands out for its juicy crispness and icy cherry flavor. A real charmer in every way and the best Keefer Ranch wine from this vintage that I have had. You want this one. Exceptional. Reviewed April 13, 2013 ARTICLE »

14.2% alc., pH 3.42, 243 cases, $42. Swan and Pommard 5 clones. 20% whole cluster fermentation. Aged 12 months in 25% new French oak barrels. · Bright Bing cherry aromas with a complimentary accent of spices including nutmeg leading to crisp and satisfying flavors of black cherries, strawberries, and raspberries with hints of spice box, cola and green tea that fan out nicely on the pleasing finish. A seamless wine with silky tannins and no discernible oak. A treasure of a wine that really delivers the goods. Reviewed December 14, 2010 ARTICLE » 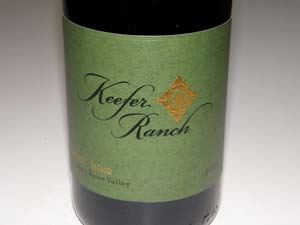 14.2% alc., 243 cases, pH 3.45, $42. 9 day cold soak, 11 day fermentation, 20% whole cluster, aged 12 months in 25% new French oak. · A gently perfumed, ethereal style of Pinot Noir, very feminine in character, but not delicate in flavor. The nose is quite charming featuring crushed strawberries and raspberries, summer herbs and violets. Fresh and juicy raspberry juice in the mouth with some gregarious spice and marzipan. Soft and silky with powdery tannins and a refreshing edge on the finish. A perfectly composed wine with great purity of fruit. You will want to dance with this one. Reviewed May 7, 2009 ARTICLE »