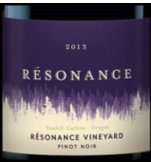 Kevin and Carla Chambers originally farmed the 20-acre Resonance Vineyard biodynamically (Demeter certified) and made the wine at Carlton Winemaker’s Studio under the corporate name of Reed & Reynolds. For nearly 20 years, the Chambers sold all of their grapes to other wineries (including Sineann, LaBete and Lemelson), but starting with the 2006 vintage, they held back 14 tons of their Pinot Noir harvest and started producing wine under their own label. They kept about 50% their production for their own Resonance Vineyard label and sold the other half to winemaker Peter Rosback of Sineann and Brian Marcy of Big Table Farm.

Kevin and Carla own Oregon Vineyard Supply and Results Partners, a vineyard management and development company that farms over 800 acres of vineyards in the northern Willamette Valley. Kevin was named Oregon Wine Industry Man of the year in 2005.

The 20-acre Resonance Vineyard is located on a south-facing hillside at 250 to 450 feet elevation in the Yamhill-Carlton District AVA. Soils are a mix of sedimentary deposits and ancient basal. The entire site is dry-farmed. The Biodynamic® certification by Demeter encompasses the entire 32-acre farm. The Chambers craft a 150-ton organic compost pile every other year for ground application. The vines were planted in 1981, are virtually all own-rooted and the oldest blocks are more than 26 years of age.

Resonance Vineyard was acquired by Maison Louis Jadot, the first acquisition of this legendary Burgundy house outside of Burgundy. Jacques Lardière made his name for Maison Louis Jadot as the winemaker for 42 years. He oversaw the production of more than 140 different wine from more than 100 different classified appellations around Burgundy and Beaujolais. After retiring from Maison Louis Jadot, he now focuses on crafting Pinot Noir from the Résonance Vineyard and the winery known as Résonance. The first release, from the 2013 vintage, arrived in February 2016.

The winemaker along with Lardiere is Guillaume Large, joined the winery in 2017. He was born in the heart of Pouilly-Fuissé and earned an Oenologist's National Diploma at the Jules Guyot Institute of Dijon. He worked a stint at Maison Joseph Drouhin and then served as assistant technical director at Maison Louis Jadot, where he worked under Lardière. The wines are produced at Trisaetum.

13.5% alc., $35. Maison Louis Jdotâs first wine project outside of Burgundy since founding in 1859. Vinified at Trisaetum. A blend of Resonance, Decouverte and other vineyards in a Willamette Valley cuvÃ©e. (not the Resonance Vineyard designate bottling). Aged 13 months in French oak barrels, 20% new. · Moderately light reddish purple color in the glass. Pleasant and giving aromas of cherry and sous-bois. Nicely composed, with inviting flavors of darker cherry and red raspberry in a mid weight style that is quite forward. Refreshing, with impeccable balance, a deft touch of oak, and some finishing intensity. Score: 91. Reviewed December 13, 2016 ARTICLE »

13.1% alc., pH 3.62, TA 0.352, 2,000 cases, $65. Maison Louis Jadotâs first venture outside the United States since their inceptions in 1859 and the first vineyard purchased outside France since 1826 (Clos des Ursules). Aged 15 months in French oak barrels, 50% new. · Moderate reddish purple color in the glass. A rather woody and rustic wine in the Burgundy vein with aromas of black cherry, blueberry, blackberry and stem, and mid weight flavors of black cherry and blueberry-pomegranate. Earthy and pastoral with firm tannins, noticeable oak overlay, and a dry, extended length finish. Unchanged the following day when tasted from a previously opened and re-corked bottle. Score: 90. Reviewed October 2, 2016 ARTICLE » 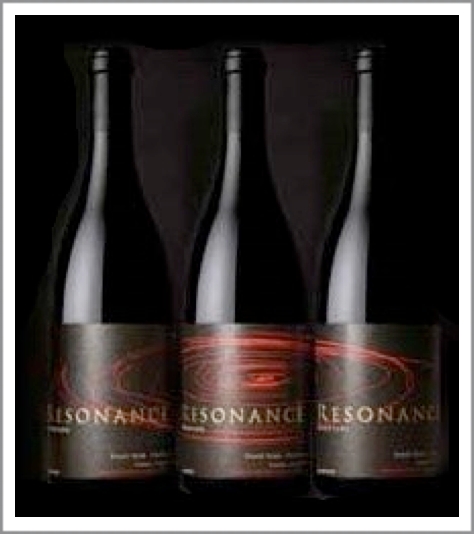 13.8% alc., $49, glass âVino-Sealâ stopper. The clonal mixture is Dijon 777, Pommard, and WÃ¤denswil (about a third of each). The Pinot Noir was co-fermented with GewuÌrztraminer, also from Resonance Vineyard, to heighten aroma and spice complexity. Fermentation was carried out with natural yeasts and water was added to reduce the potential alcohol (natural grape sugars were as high as 27.5Â° Brix). Aging progressed in two-thirds new French oak. The wine was produced according to biodynamic standards. · A full-scented nose of black cherries and strawberries with a hint of herbs and mocha. The flavors echo the aromas. A dancing Pinot that is light on its feet and supple in the mouth. The tannins are powdery and the sweet fruit leaves a memorable aromatic scent at the finish. This is one you will want to spend the night with. Reviewed September 15, 2008 ARTICLE »

13.8% alc., $50. · Rich dark red raspberry liquor that is floral and perfumed. Bright and fresh fruit with a touch of mocha, long and smooth in the mouth, lively acidity and very supple tannins. Reviewed December 17, 2008 ARTICLE »