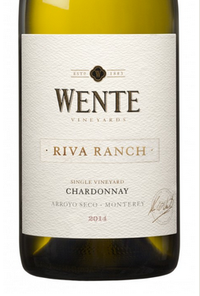 Wente Vineyards celebrated its 125th anniversary in 2008 and is the oldest, continuously-operated family-owned winery in the United States (although Concannon Vineyards in Livermore has the same claim). Based in Livermore, California, Wente Vineyards (Wente Family Estates) is owned and operated by the fourth and fifth generations of the Wente family and produces about a 675,000 cases of wine per year.

Today, the fourth and fifth generation family members own and operate Wente Vineyards.To celebrate its 130th vintage release, the winery has redesigned and modernized its packaging.

Young Karl D. Wente, the fifth-generation winegrower in the family, launched a winery-within-a-winery, named the Small Lot Winery in 2002, with the intention of producing premium wines from the Wente's 3,000 acres of sustainably-farmed estate vineyards in the Livermore Valley and Arroyo Seco appellations. 31 different grape varieties are farmed. Nth Degree Wines (the name comes from the Wente's efforts to farm their vineyards to the Nth degree) are also under the Small Lot Winery umbrella. Karl earned two master's degrees in (horticulture) viticulture and in food science (enology) from University of California, Davis, and gained experience at both Peter Michael Winery in the Knight's Valley of Sonoma County and Brown Brothers in Victoria, Australia.

As one of the first California wineries to adopt Chardonnay, Wente Vineyards can trace some of their original cuttings back to Meursault via Livermore's Charles Wetmore and others. Carl H. Wente collected the rest directly from Montpellier in 1912. At the end of Prohibition, Wente Vineyards and Paul Masson were the only wineries with existing commercial Chardonnay vineyards. Wente Vineyards continued managing their vines for stead improvement and became the source for clonal research and development conducted by UC Davis and Louis Martini Jr. in Carneros.

Riva Ranch was Arroyo Seco's first vineyard planting in 1963. Karl L. Wente discovered this rugged region when he was looking to supplement his Livermore plantings with a cool climate area that was suitable for Chardonnay. In 1963, Wente was driving with A.J. Winkler and Maynard Amerine, professors at University of California at Davis, when he saw the potential in the Arroyo Seco basin with its short days, cool nights and morning fog. Wente bought 350 acres from the Riva family and planted Riesling and two clones of Chardonnay: Clone 2A ("Old Wente Clone") and Clone 4 (UC Davis heat-treated Wente Clone), obtained virus-free from UC Davis's FPS nursery. Over the years, Wente Vineyards bought additional contiguous land and planted more Chardonnay clones. A designated "increase" block was the source of cuttings for Wente's own use and provided millions of cuttings to other California winegrowers. Today, about 80% of all California Chardonnay is either a Wente clone or a derivative clone or selection.

Today, Riva Ranch consists of about 1,000 acres of Chardonnay (6 clones), Gewürztraminer, Pinot Blanc, Pinot Gris, Pinot Noir (8 clones), Riesling and Viognier. Some of the original Chardonnay vines remain, as do some planted in 1973. Viticulture has evolved such that the original California sprawl with 8' x 12' spacing is gone replaced with 6' x 6' and 6' x 8' spacing with vertical-shoot positioning and drip irrigation.

A number of tasting options are available at the winery which also has a fine restaurant, a golf course, and plays host to concerts, weddings and other events. The wines are sold in all 50 U.S. states and in more than 70 countries worldwide. In 2011, Wente Family Estates was awarded American Winery of the Year by Wine Enthusiast. In 2012, The Wente family celebrated the 100th year anniversary of bringing Chardonnay to California.

Karl Wente has a unique creative approach to wine through music expressed by his "Discover the Wine, Discover the Music" campaign. An annual concert music series at the winery has featured many name entertainers.

14.5% alc., $27.13. Produced and bottled by Wente Vineyards, Livermore, CA. · Moderate garnet color in the glass. The aromas and flavors feature very ripe berry and blackest cherry fruits with noticeable accents of oak spice and toast. Beefy and somewhat bold in the mouth with supporting tannins, finishing with some intensity and the echo of oak. Score: 86. Reviewed March 17, 2018 ARTICLE »

14.5% alc., $18. This wine is named after the creek that runs through the estate vineyards in the Arroyo Seco region of Monterey. There are several blocks dating back to 1963, which are planted to the old Pommard and Martini clones. Neighboring these are more recent, high-density plantings that include a variety of new Dijon clones. Fermentation is done in small, upright, stainless steel fermenters. Pump overs were done twice daily. The wine was aged for 14 months in a combination of American, French, Eastern European and neutral oak barrels. · Aromas of wine cellar, cherries, strawberries and grass. Flavors of black cherries, char and Asian five-spice. Welcoming elegance and refreshing acidity. (Markets) Reviewed June 16, 2009 ARTICLE »