The Four Graces is a newer producer of Pinot Noir whose inaugural vintage was 2003. Named for the four daughters of proprietors Steve and Paula Black, the wines are sourced from the family’s 54-acre Black Family Estate Vineyard in the Dundee Hills appellation. A second vineyard, Doe Ridge Estate, is of particular interest. Located in the Yamhill-Carlton District appellation, this 90-acre site was bought and planted in 2005 and saw its first harvest this year. This is a very unique project. It consists of two 20-acre parcels divided by a natural habitat ravine containing a stream, with both parcels having very similar soils and exposure. The two parcels were planted at the same time to the same clones on identical rootstocks. One parcel is farmed biodynamically and the other one is farmed according to LIVE guidelines. As the vines mature, it will be very interesting to compare the Pinot Noirs that originate from the two highly similar, but differently farmed parcels of the same vineyard. Noted winegrower Laurent Montalieu (Willakenzie, Solena) and French consultant Phillippe Armenier are directing the biodynamic program and viticulturalist Luke Pedotti supervised the planting and management of the vineyards. Dijon clones 115, 667 and 77 and Pommard are grafted to divigorating rootstocks, 101-14 and Riparia Gloire, and are planted at 2555 vines per acre (1.9 m x 1.0 m spacing). An interview with both Laurent Montalieu and Luke Pedotti will be presented in a future Grape Radio podcast. I tasted briefly barrel samples of 2008 Doe Ridge Estate Pinot Noir from the two parcels and there were definite differences noted. The wines are too young to make any definitive characterizations. 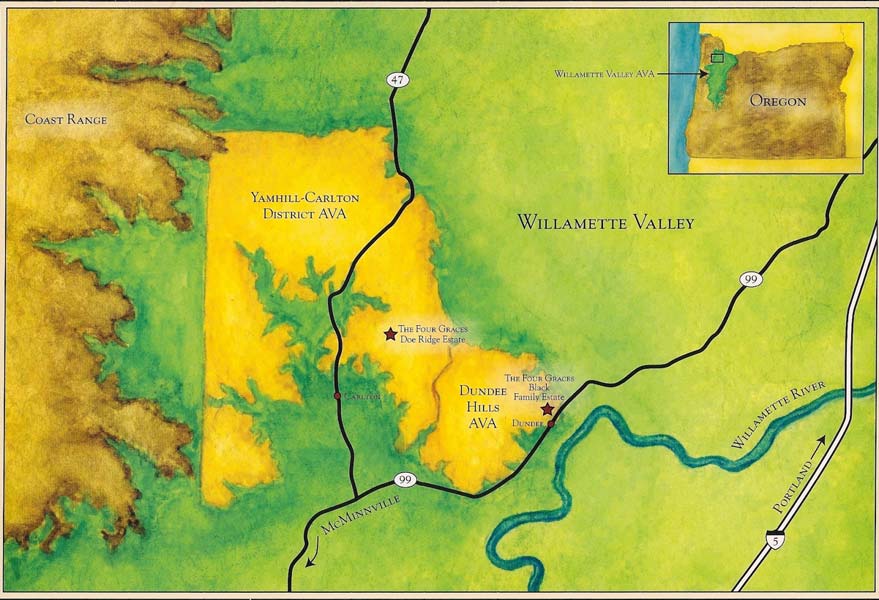 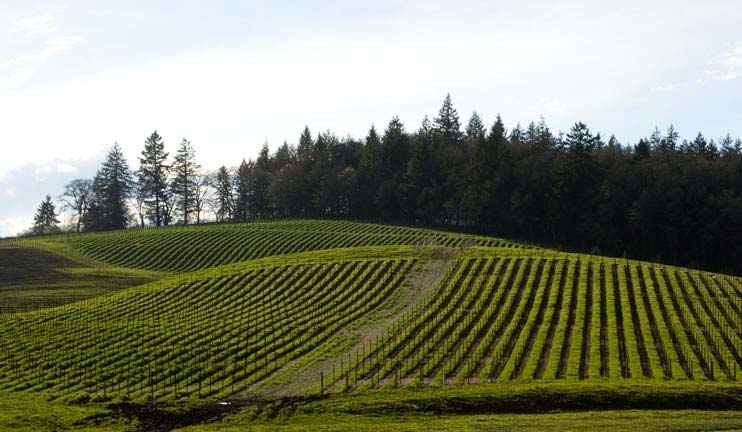 The Four Graces has a tasteful tasting room with outdoor seating among the neighboring vineyard on Highway 99W in Dundee. The address is 9605 NE Fox Farm Road. The tasting room is open daily from 10:00 to 5:00. 503-554-0632. Visit the website at www.thefourgraces.com.